For hundreds of years, cigars have been a favorite indulgence for people from all walks of life. As a result, cigars have had a subtle presence throughout history as famous individuals like Winston Churchill have made their preference for them known. 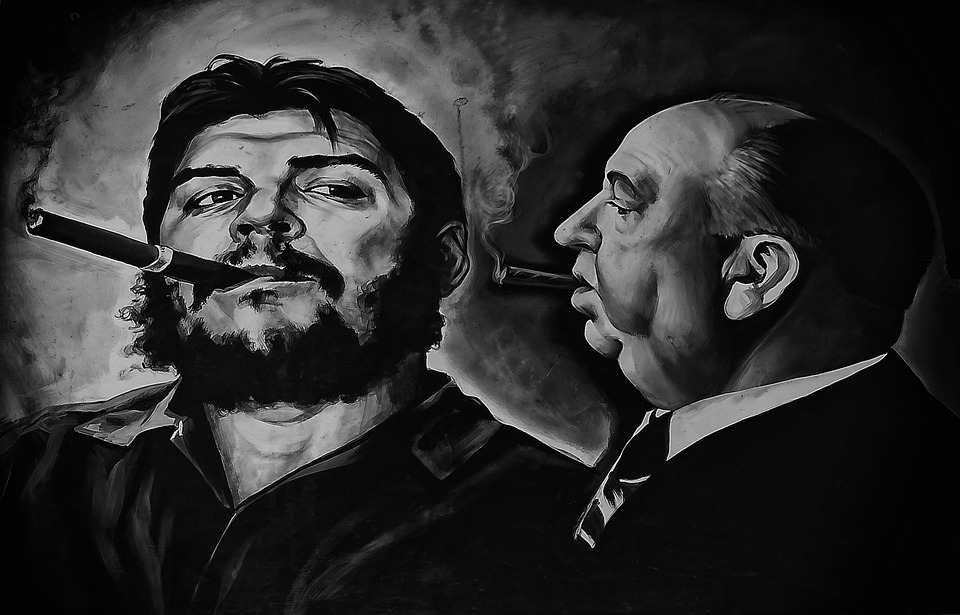 While these great men have lived and died, their words have lived on along with the smoking ritual they loved so much. Here are some quotes from great historical men touting the virtues of cigars:

“Cigars served me for precisely 50 years as protection and a weapon in the combat of life… I owe to the cigar a great intensification of my capacity to work and a facilitation of my self-control.” — Sigmund Freud

The founder of psychoanalysis, Freud is famous among many people, not just psychologists. His work developing the psychic structure, as well as his clinical analysis of dreams, the unconscious, and his theory on the existence of libido brought to the forefront of society many things that weren’t previously discussed by society at large. From this quote, we can see that cigar smoking played a role in his work, as it helped provide strength for him as he continued his research and work. One can almost imagine Freud puffing away at a cigar while, deep in thought, he contemplates the workings of the human mind.

“Smoking cigars is like falling in love. First, you are attracted by its shape; you stay for its flavor, and you must always remember never, never to let the flame go out!” — Winston Churchill

One of the United Kingdom’s most famous prime ministers, Churchill had a beautiful analogy of falling in love and smoking. While we can say that Churchill had a love affair with cigars, what may not be widely known are the two other great love affairs in his life. Churchill married Clementine Hozier in 1908. The couple had five children and were married for 57 years. While their love story seems picture perfect, after his death, it was revealed to the world that Churchill had an affair during the 1930s with Doris, Viscountess Castlerosse, who was married to the Earl of Kenmare. While Churchill ended the relationship at the end of the 1930s, the affair and Doris’ love letters weren’t revealed to his wife Clementine until the late 1950s. Despite the affair, Churchill’s marriage was known to be a close and affectionate one throughout the years he and Clementine were together.

“If I had taken my doctor’s advice and quit smoking when he advised me to, I wouldn’t have lived to go to his funeral.” — George Burns

Only a funny quote on cigars would suit comedian George Burns. The famous actor, singer, and writer attributed his longevity to smoking. While George outlived his doctor, we can also assume that he survived many of his peers as he lived to be 100 years old. He continued to act until 1994, two years before his death.

“If heaven has no cigars, I shall not go there.” — Mark Twain

The great American writer who brought us “The Adventures of Tom Sawyer” and “The Adventures of Huckleberry Finn” was also a cigar aficionado. In fact, he smoked cigars so often that his wife’s sister Susan had a study built next to her home so Twain wouldn’t smoke in her house when he and his family visited in the summer. Twain died in 1910, and while there’s no way to know for sure where he ended up in the afterlife, if this quote is any indication, we have a vague idea.

“I promised myself that if ever I had some money, I would savor a cigar each day after lunch and dinner. This is the only resolution of my youth that I have kept, and the only realized ambition which has not brought disillusion.” — Somerset Maugham

Maugham, a British playwright and novelist, had a life full of struggles. He was orphaned by the age of 10 and was raised by an uncle with whom he did not share a close relathionship. As an adult, Maugham served with the Red Cross during World War I as part of the ambulance corps, which would have been a difficult job due to the nature of trench warfare. He then served as a member of the British Secret Intelligence Service in Switzerland and Russia. Maugham’s one marriage was to Syrie Wellcome, whom he had a relationship with while she was married to her first husband. The marriage was unhappy, and later in his life, he would identify as bisexual and homosexual. He began living with his partner Gerald Haxton in France until Haxton’s death, which came 20 years before Maugham’s own. While Maugham’s life was rife with adventure and drama, one could understand how he would turn to cigars to ease the heartache he experienced throughout his life.

For many of these historical figures, cigars served an important purpose. Whether it was for inspiration, relaxation, or to ease the heartaches of life, cigars provided these men with diversions or solace during their times of need. People today smoke cigars for a myriad of reasons, many of which mirror those of these famous men who preceded them.